A Journey to the Island of Mo’orea

Photographs and texts by Samuel Manning 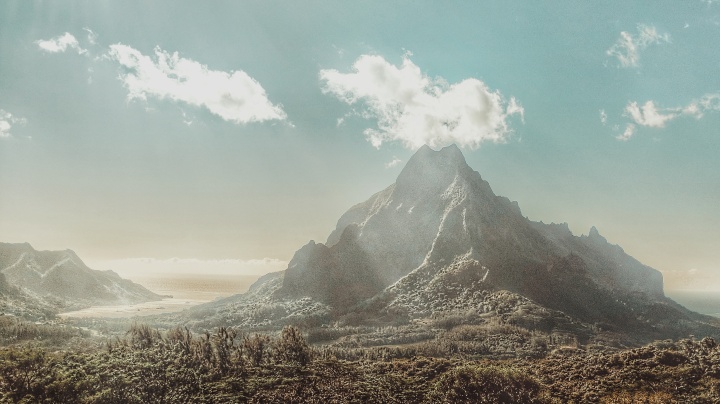 The reason I had travelled to this remote island, only 11 miles across and in the middle of the Pacific Ocean, was to conduct research into the lives of clownfish. With not really much idea of what to expect, other than coral reefs, sharks and lots of mosquitoes, there was nothing that could really prepare me for how much of a paradise Mo’orea is. 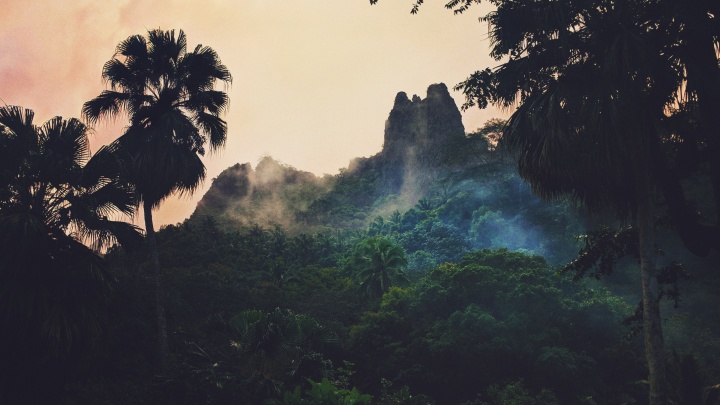 Charles Darwin once described Mo’orea as “a picture in a frame”, and I couldn’t agree more. I arrived at the ferry port and jumped on one of the buses which drive the loop of the island on the only road that there is. Looking out the window, on one side was steep jagged mountains covered in a dense blanket of jungle, and on the other, was the iridescent light blue waters of the lagoon which surrounds the island. This lagoon hosts a teeming coral reef and most importantly to me, clownfish. 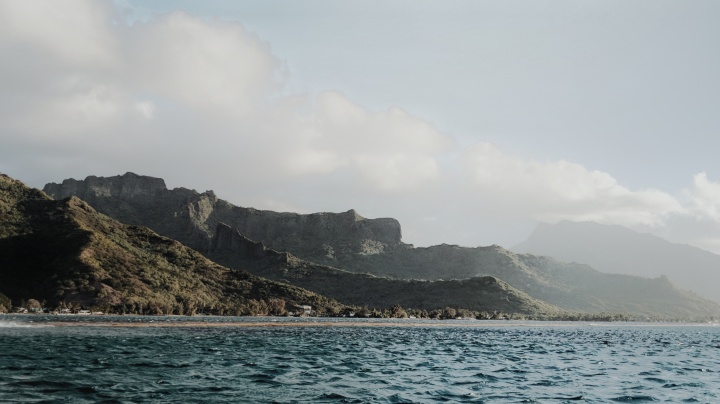 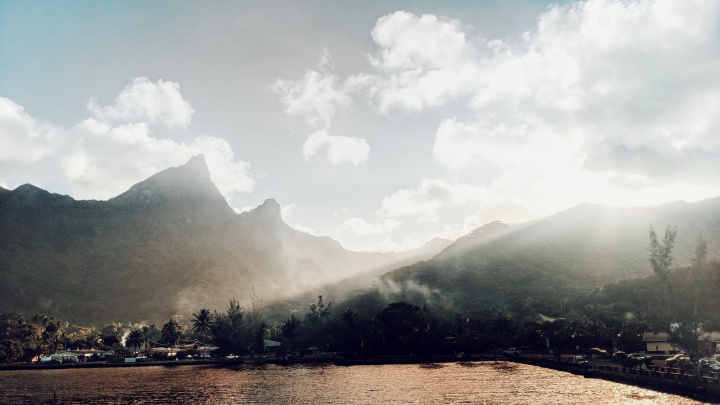 After 35 hours of travelling and 10,000 miles later, I finally arrive at the marine research station, and all I can think about is when I can get into the water. As part of my research, I had to monitor around 30 pairs of clownfish every couple of days to check whether they had laid eggs. Luckily for me, that meant I was able to do a lot of diving. The reef in Mo’orea is spectacular. Virtually every time you get into the water, you see at least one shark, turtle, or ray and if you’re very lucky, a humpback whale will come and say hello. Even if you don’t see a whale while you are diving, you can at least hear them singing to each other. 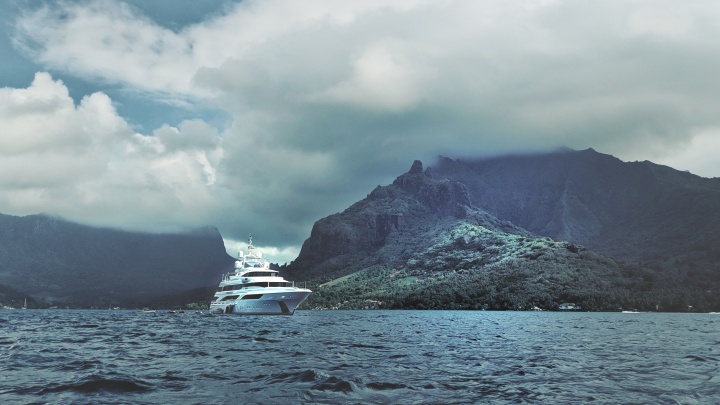 On land, every bit of space is covered in plant life with tropical fruits like mangoes and passion fruits growing everywhere. Other than the mosquitos and centipedes, there are no other dangerous insects or biting animals, so walking everywhere in flip-flops isn’t a problem, even in the jungle.  The hikes are like travelling back in time and you half expect a dinosaur to come running through the trees any second. 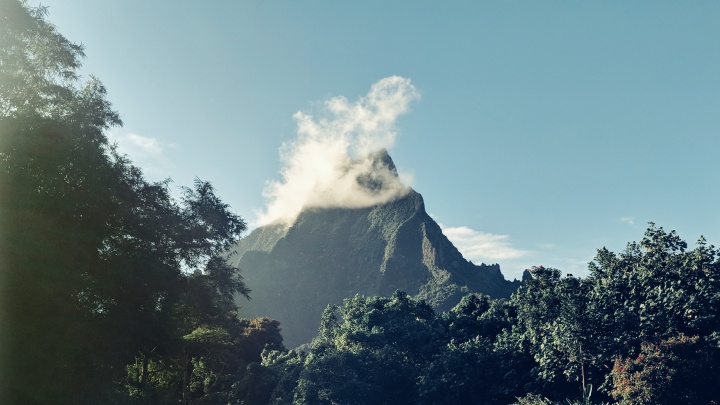 The mountain next door to the research station is called the Rotui and is the second highest peak on Mo’orea (899m). This is accessible to climb up on a thin trail that weaves up one of the ridges of the mountain. If you are an experienced hiker, this trail is still very challenging as there is no shade, and either side of the path is a 200m drop on either side. However, if you do reach the top, the views are breathtaking with a 360-degree view of the whole of Mo’orea. 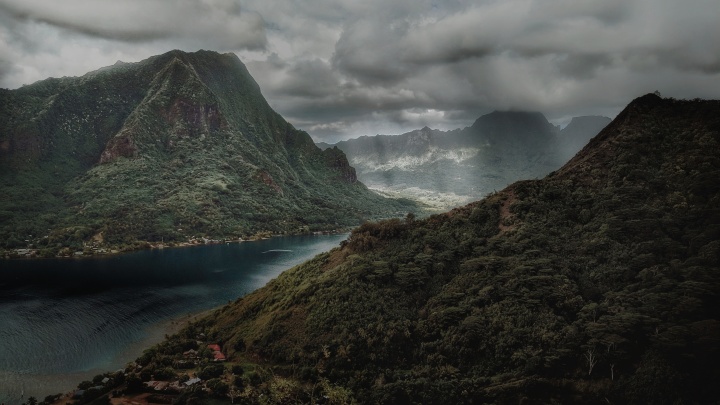 Living here for 6 months has been an incredible opportunity and I have seen and done things I never thought I would. So if anyone is thinking about whether it is worth the travel and money to get here, I would wholeheartedly recommend it to anyone who seeks a paradise on Earth. 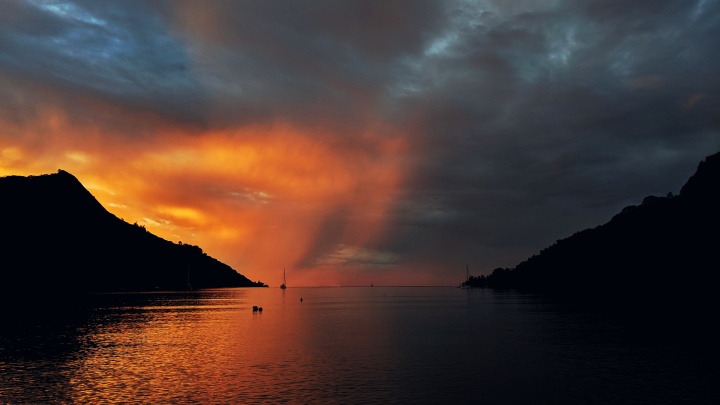 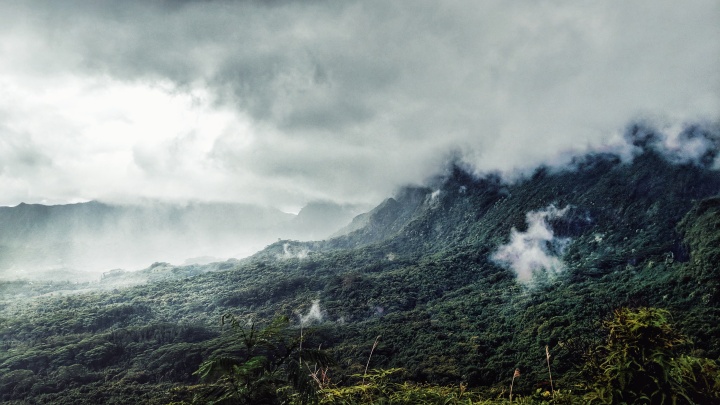 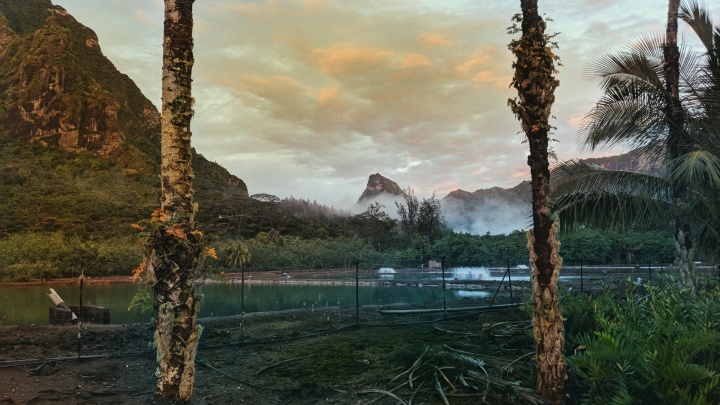